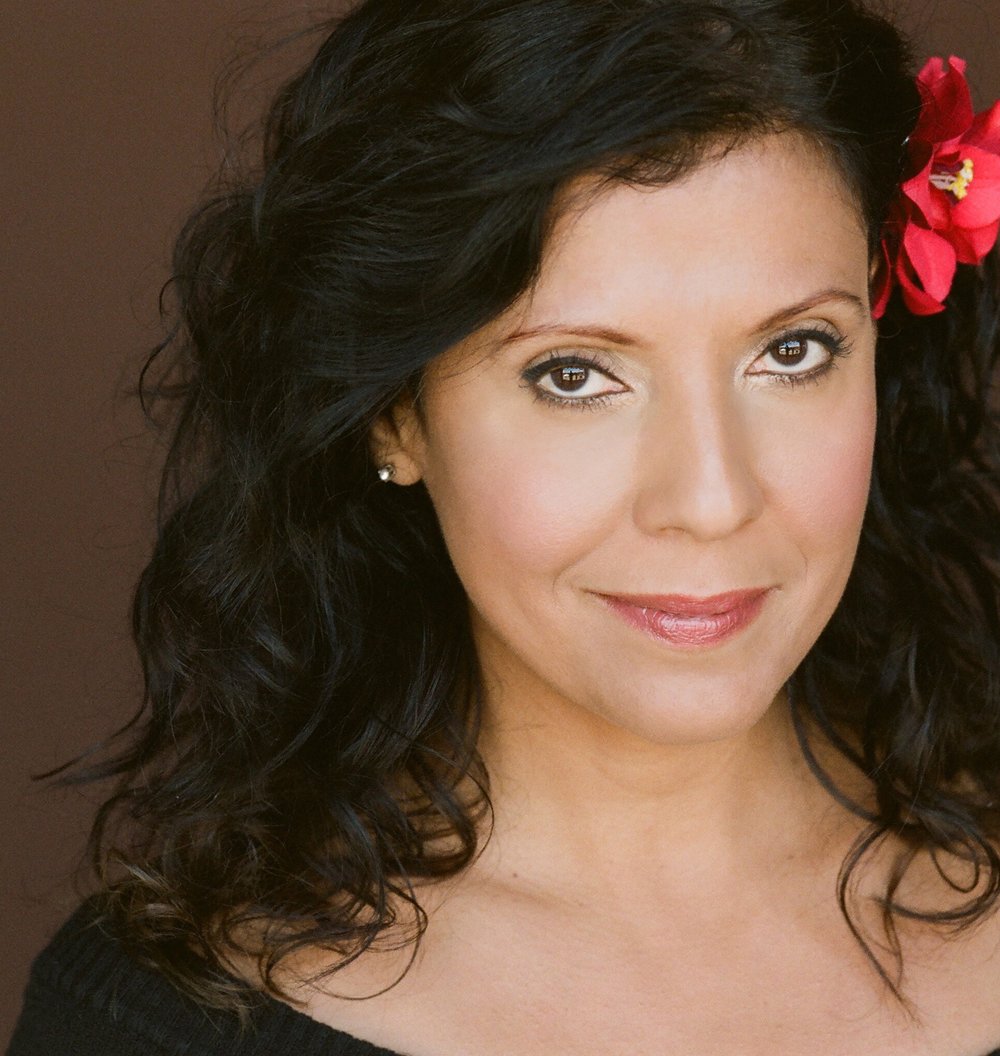 I was born Nuyorican. That means I’ve got strong opinions and wear my heart on my sleeve. My Papi was in the military, so he taught us kids toughness and work ethic. In a street fight, my weapon of choice is a knife. But honestly, I’d much rather play out my conflicts in the form of staged drama.

My showbiz ambitions started at Long Beach City College where I was awarded a scholarship for acting. I won a Dramatic Allied Arts Guild Award for best supporting actress in Macbeth. Double double toil and trouble. That’s right, I was a witch.

After that, I got behind the mic, hosting a show for the mayor. Then I produced my own show on which I interviewed all the best SoCal bands like No Doubt, Black Eyed Peas, Sublime, The Vandals, Pennywise, Long Beach Dub All Stars, and the list goes on.

I moved to LA and trained my butt off at Playhouse West under Robert Carnegie. I joined SAG when James Franco cast me in a short film there. Another short film I did, Prelude, went to Cannes Film Festival.

I continue to stay active in learning. I’ve trained with lots of other great teachers: Larry Moss, Harry Mastrogeorge, Margie Haber, Diana Castle, The Groundlings, Upright Citizens Brigade… And I’ll probobly keep training til I keel over and croak, because acting is my life’s passion.

You might catch me on tv now and again. I’ve been in a whole slew of commercial and shows like: General Hospital, After Lately, The Bold and the Beautiful, Meet My Dad, and the Chunk and Bean pilot. Done a few movies too. Oh, and did I mention plays? Well, I think you get the picture.